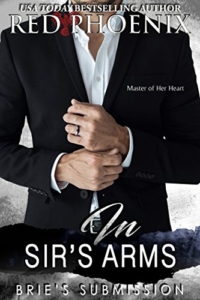 A man in love is unstoppable.

Totally unexpected and brilliant!
“This book was a complete surprise and such a pleasure to read.”~DontBotherMeImReading

This book is off the charts emotional
“It is a journey like never before. You get to see the second chance that Brie and Thane Davis you were never able to imagine before. The chemistry is hot and will leave you breathless.” ~KMullins

Out November 21st
A man in love is unstoppable…
Pre-order In Sir’s Arms here!
Mark as TBR on Goodreads

In Sir’s Arms
by Red Phoenix

Durov returned with two bottles of vodka. “Vodka solves everything,” he announced, grabbing two shot glasses and bringing them to the coffee table.
“Sorry, old friend. Neither Brie nor I are drinking alcohol until the baby is born.”
His jaw dropped. “What?”
“I felt it was only fair since she is abstaining.”
Durov looked at Brie. “Is he serious?
Brie smiled sympathetically and nodded.
Durov looked at the two bottles forlornly. “But I do not care to drink alone.”
Brie got up and headed into the kitchen, coming out with a carton of coconut water and another shot glass. “This is what we drink these days.”
“Let me try it.”
Brie filled each glass and winked at him as she handed out the shots to each of them.
Durov watched Brie intently as she put the glass to her lips and took a sip. He then turned to Thane. “You really drink this, moy droog?”
“Da,” Thane answered with a grin, downing the shot and placing the glass on the coffee table. He raised an eyebrow in challenge.
Durov stared at the glass in his hand suspiciously for several moments before tipping it back. He immediately sputtered—a spray of liquid escaping his lips and flying through the air. “That is revolting, comrade!”’
Brie was giggling as he wiped his mouth with his sleeve, a nasty expression on his face.
“Don’t ever give that to me again,” he warned them.
Thane made a mental note to surprise Durov with coconut water at some point in the future.
Brie left the room and came back with a towel. Durov took it from her, cleaning himself first before wiping the floor. “I do not know how I will get that disgusting taste out of my mouth.”
Thane opened one of his bottles of vodka and poured a small amount into Durov’s glass, swirling it to rinse it out. He poured the used liquid into his own glass before refilling Durov’s shot glass with pure vodka. “I’m sure this will help.”
Durov gladly took the shot glass and downed it, holding out the empty glass for Thane to refill. “I think two more times will do.”
Thane refilled it willingly. The look on Durov’s face when he downed the coconut water kept replaying in his mind.
“What are you smiling about, comrade?”
Thane only chuckled, steering the conversation away from the question. “Téa, would you get my belts off the nightstand?”
Brie’s eyes widened as she bowed to him before heading down the hallway to their bedroom.
“Moy droog, what are you up to?” Durov asked lustfully.
“Although I have no time for a day at the beach, I think a short break will prove refreshing for all three of us.”
Brie returned naked, holding the four leather belts that had lain on his nightstand for months, waiting for use.
Thane took the belts from her, handing three to Durov. “I always say when you can’t get drunk on vodka, get drunk on Brie.”

Gift of Words – A Holiday Celebration Day 4 by Red Phoenix

Perfect for couples! This tale provides the kinky spice you can take straight to the bedroom.

Play With Me at Noon

Gift of Words – A Holiday Celebration Day 3 by Red Phoenix 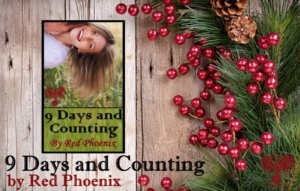 A tale of loyalty & longing – and a gift of the heart.

This sequel to the story, In 9 Days, delves into the emotional reunion of two longtime lovers.

Gift of Words – A Holiday Celebration Day 2 by Red Phoenix 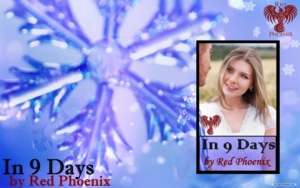 Day 2 – A Story About A Scarred Hero (FREE read)

This tale about the fierce love of a young woman for the outcast will inspire you!

A young girl falls in love with the new student, nicknamed “the Freak” because of his many scars.

Gift of Words – A Holiday Celebration Day 1 by Red Phoenix 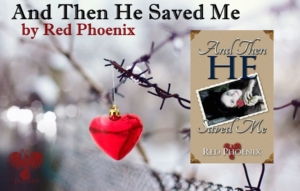 When a young girl tries to kill herself, a man of great character intervenes with a love that heals.

And Then He Saved Me

Leave a comment and tell me where you are from!

Exclusive Peek (Part 2) of Enchant Me by Red Phoenix Coming Out October 3rd!

Here is Your Special
Sneak Peek of
Enchant Me! (Part 2)

A little taste of Rytsar…

But Fate is a cruel mistress the two must fight. Will they survive the approaching Darkness that seeks to destroy them?

Get the Audio Book Now!

Sneak Peek of Enchant Me by Red Phoenix Coming Out October 3rd!

Shhh… Your Special
Sneak Peek of
Enchant Me!

A taste of the audio book…

But Fate is a cruel mistress the two must fight. Will they survive the approaching Darkness that seeks to destroy them?